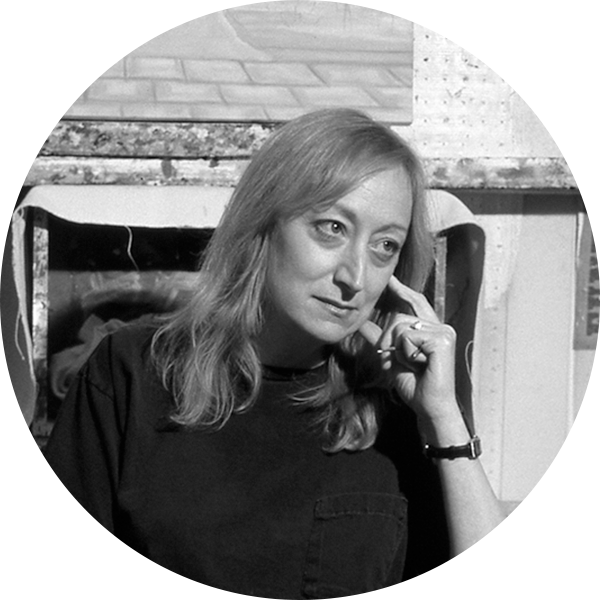 C. J. Lori is an oil painter living in Brookline, Massachusetts. Her work reflects her interest in literature, anthropology and psychology, as well as an abiding fascination with the natural world. Often called “Neo-surrealism” or “magic realism,” Ms. Lori’s paintings explore the complex relationship between humanity and the environment. She exaggerates or distorts color, form and composition to emphasize sensations that are often contradictory: clarity and mystery, excitement and sorrow, beauty and decay.

In the “Trees Leaving” series, these contradictions also incorporate a touch of humor. They are part homage to Magritte’s floating men in bowler hats, part ecological statement and part allegory of loss, liberation and the yearning for escape. Ms. Lori’s artwork has been exhibited in solo and group shows throughout New England, and in New York and Chicago. She had a solo exhibition, Close to the Trees, in June, 2019 at Galatea Fine Art in Boston. Her work has been shown at the Danforth Museum in Framingham in OFF THE WALL, Community of Artists, and Figure, Fantasy and Illusion, Selections from the Arthur S. Goldberg Collection. In 2007, she won first prize in Paint!, a national exhibition at the South Shore Arts Center.

Ms. Lori served in 1997 as First Vice-President of the National Women’s Caucus forArt, and for several years as President of the Boston Chapter. She also served as Exhibitions Chair and Vice President at Galatea Fine Art in Boston from 2017-2020. She is represented by 13 Forest Gallery in Arlington.

C. J. Lori is an oil painter living in Brookline, Massachusetts. Her work reflects her interest in literature, anthropology and psychology, as well as an abiding fascination with the natural world.

Webinar plan is missing. You must subscribe to the webinar plan and enable webinar for this user: nHt2iHAwSnaevERfiDSUqA in order to perform this action.