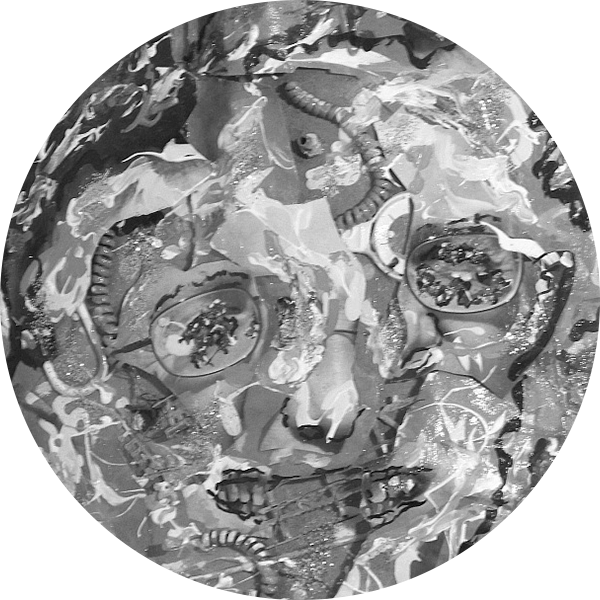 Born in the 50’s, eventually influenced by abstract expressionism, be-bop, the beat, etc. Grew up in 60’s, with rock and roll, high-energy jazz, etc. BFA. I studied with John Grillo, a well-known artist, who was a student of Hans Hoffman. Another very influential teacher, with whom I worked a lot with was Leonel Gongora, a Columbian artist, who added a Latin edge.

One of my early local exhibitions, included a long corridor at Boston City Hall where I could display about 30 works, for one month. Some contemporary gallery directors (Gillian Levine who was at the ICA, Boston and Carl Belz, who was at the Rose Art Gallery, Brandeis) came to my workspace for a Studio Visit (after viewing slides) and were very encouraging.

I have exhibited my work at a number of galleries in the Boston area, in the USA, Europe, or Asia, please see the List Of (Some) Exhibitions, below.

As an early art student, I was awed by Van Gogh’s work as viewed in person. It walks a thin line between markings on some surface that depict something, and tracing the flow of energy through that being. Later expressionist movements helped expand the vocabulary that can be used. I was very much involved with texture, which I explore in various ways in my work.

Surrealism also had an impact – its super-focus and startling sharpness helped provide a basis for the glistening effects I like to add to some works. Its rearrangement of shape and form helped me to melt normal shapes into new forms, which could better be used to express their energy. The collage work of Rauschenberg and others further contributed to the breaking down of the normal arrangement of form.

Paul Klee and others developed a language using symbols. Children in their art create symbols for well-known entities that often form a basic vocabulary to represent things commonly found in their world. Dubuffet expanded on this idea. I try to add in symbols known to modern industrial culture, in the manner of Pop Art, but using basic industrial materials themselves, more in the brute manner of Dubuffet, children, or early cultures. Street art, graffiti, and comic book art also influenced me, opening more options, for examples, for finishing treatments.

I do not feel that use of the basic materials of painting has been exhausted, or that art now must explore new materials/media to be able to make a valid statement. I try to use materials created by my society and culture, which represent the elemental building blocks of that culture, so that people viewing my work can more readily associate with the work. That also ensures that the work is directly associated with the culture, in a way.

I have derived my own understanding of what a finished art work should look like, and this has taken time, shedding the socialized view of what a commercial piece of art needs to look like. This is one of the things that separate fine art from mere illustration.

Finally, since, to me, the spiritual is directly self-evident, it is also present in my work. The political and socio-political worlds are foreign to my art.