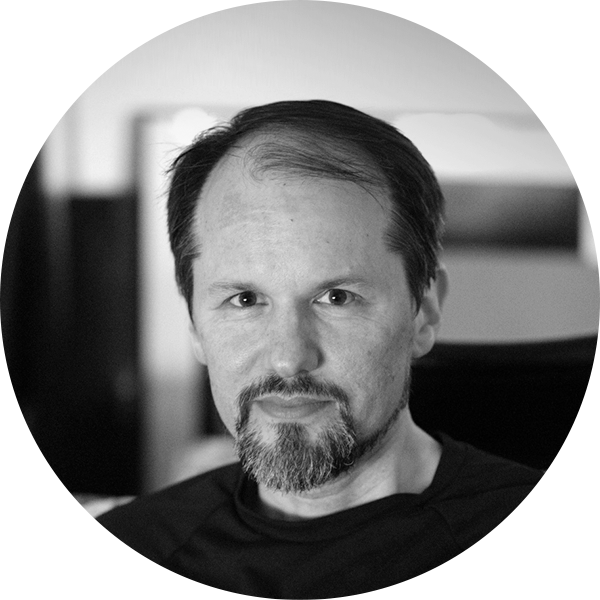 He is an artist, scientist, and programmer. His work explores the tension between the natural world and its simulated counterpart, between organic and inorganic, digital and analog, and structure and fluid. These concepts began early, from a fascination with drawing on the Commodore home computer in the 1980s and numerically simulating ballistic motion. His university studies blended computer programming and engineering, but his sense of aesthetics evolved from landscape and nature photography. The idea to create computer generated artwork was the result of a serendipitous event – debugging a computer program – in 1999. He has been showing work since 2000 and has been in over 90 curated and juried exhibitions since 2001, including Ars Electronica, ASPECT Magazine, Illuminus, and seven SIGGRAPH Art Galleries. His video work can be seen in multiple public spaces around Boston. He has spoken at numerous scientific, graphics, and art conferences and workshops, and has published papers in a variety of fields. He created TinyMtn and MiniCty: design businesses focused on 3D printing terrain and cities. Mark completed his PhD in Aerospace Engineering at the University of Michigan in 2006 and works out of his studio at the Artist Building at 300 Summer St. in Boston, Massachusetts.