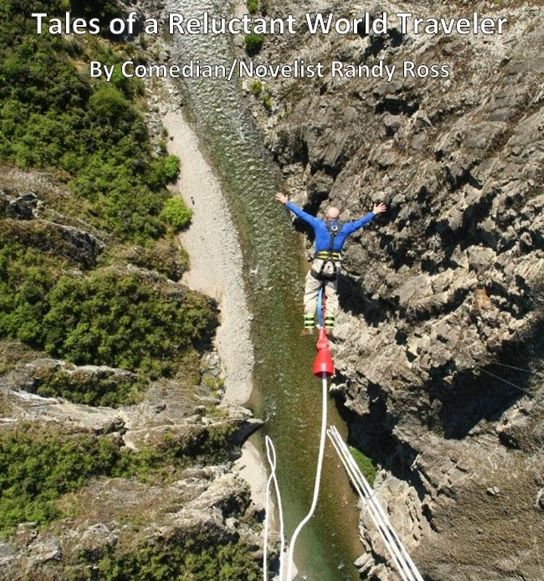 Sixteen weeks, four continents, three bungee jumps, and he couldn’t get home soon enough. How a Boston homebody turned a trip around the globe into a comedy novel and a one-man show. For book lovers, travelers, kvetches, and misanthropes.

Join us at the beautiful Assemblage Art Space, located behind the Envoy Hotel and right across from the (in)famous Barking Crab Restaurant. The show will begin around 7pm, and finish around 9pm.

Randy Ross is a writer, performer, and Web consultant. His fiction and humor have appeared in The Drum, Black Heart Magazine, Side B Magazine, and Calliope, among others. His comedic novel, God Bless Cambodia, was published March 2017 by The Permanent Press, a publisher of literary fiction.His one-man show, The Chronic Single’s Handbook, based on the novel, has been featured at fringe theater festivals in the U.S., Canada, and Edinburgh, Scotland. His latest one-man show, Tales of a Reluctant World Traveler, is currently being featured via Zoom, Facebook Live, and other streaming platforms.He is a founding member of the New England Indie Authors Collective and lectures about fiction writing, getting published, and world travel. For seven years, Ross was an executive editor for PC World Magazine. He holds a masters in journalism from Northwestern University. He is currently writing a second novel.

The event is finished.