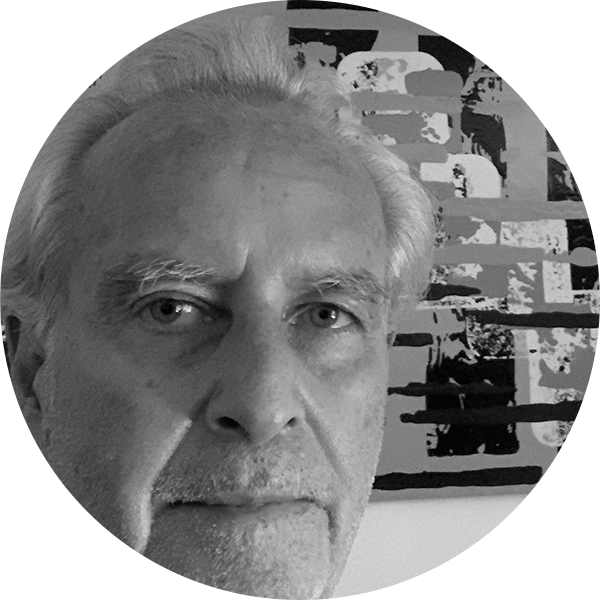 I grew up in New England in the ‘50s and ‘60s. I liked to draw in grade school though the notion was lost to sports and girls. I was severely challenged in science and math so I decided to try for a degree that required both. Marriage, two splendid daughters, divorce, and a thirty-three year career later, aesthetic pursuits found pleasure in house and garden to make a fine living if not fine art. I made my own darkroom and pursued black and white images for some years.

A few years back while spending an extended stay at my house in Brazil, a mounting boredom together with readily available broken tile everywhere, led to teaching myself mosaic technique that could be installed directly onto the houses’ stucco walls. I stole images from Matisse cutouts because I love them and I had a lot of blue and white tile. A vertical stream of waves of water and yellow fish were installed on a main beam, while high on the kitchen walls, four works were placed to anchor an intended Parthenon frieze. It was my entry into the world of making art….maybe. There was a keen sense of working in a discipline known for craft, but also of a history of modern art that had broken through such orthodoxies. A year passed before finding a space at Fountain Street which was ideal for community, convenience, and cost. Worked there seven days a week learning something with each piece.”